How Does a Super Soaker Work| In-Depth Discussion 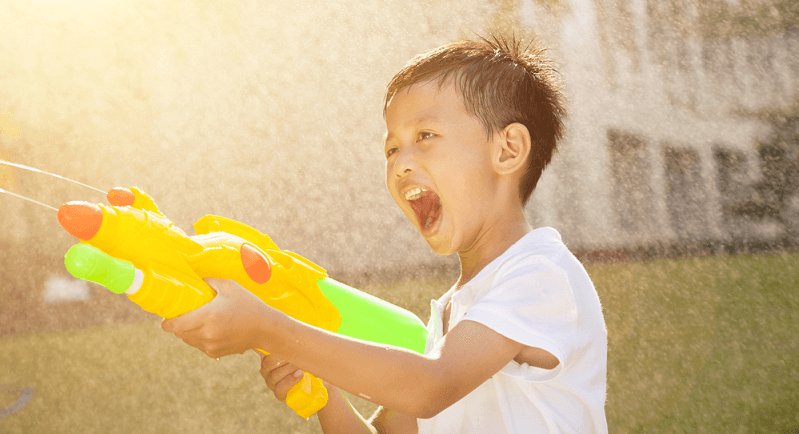 You likely own a couple of Super Soakers and are likely curious as to how they manage to shoot water, and shoot it far at that. The reasoning as to why Super Soakers work in the ways that they do is strictly science, more specifically, air and water pressure.

In this article, we can show you how super soakers store water, pump water, spray water, and create a uniform stream of water that you notice when the Super Soaker fires. All of these contraptions work to create one high-quality product that provides kids and adults with summertime fun.

There are various parts of a Super Soaker that every water gun has and needs. Without one of these parts, the Super Soaker will not work correctly. These parts include:

Details Guide About How a Super Soaker Works 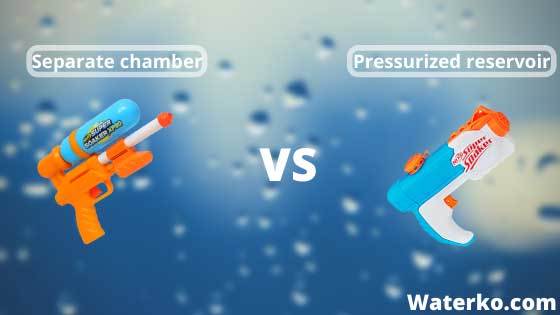 The pressure chamber is that hold pressure that is generated by the Super Soaker’s pump. Different systems have been used to serve as the chamber, and they all vary in regards to capacity, cost, and pressure drop off. The most common of these systems is the air pressure system, for their strong performance and reliability.

Air pressure chambers are solely just tanks that are filled with air when no water is inside. As water fills up inside the tank, the air is compressed, which creates pressure according to the water’s volume. The tanks generally allow the water at the bottom to the pool, where the path to the nozzle tends to go.

Some air pressure systems also include a plunger to separate water from the air. This allows the gun to have a better flow of water so you get a blast full of water in every pump.

Some Super Soakers have instead what is known as a CPS, or constant pressure system. This uses a rubber bladder to store pressure. Water fills this bladder, which is meant to increase the pressure and exert force.

The bladder expands in such a way that the pressure is almost constant. When the bladder empties, the drop off in range is almost parallel. One advantage that these elastic bladders have is that they can adapt to any design of Super Soaker in development.

Also called the tank, it is the primary water tank that stores water, so that you can carry water with you with your gun. The tank usually consists of a cap for pouring more water into, and an outlet to where the pump and chamber go.

The size of the tank varies by the model of the Super Soaker. The larger the tank, the more water that can be stored, but that also means the gun will be heavier to handle, too. Some tanks can even be detached from the gun so that they are easier to refill from a water supply.

The pump is known as the handle that slides in and out in order to force the water out of its reservoir and inside the pressure chamber. The pump uses a small plunger on its own to seal a tube. This tube normally has an inlet for the tank and an outlet for its pressure chambers.

The trigger valve is a component that closes and opens the flow of water out to the pressure chambers. There are many types of valves; one being the ball valve. Ball valves are the most frequent of valves because they do a great job of enforcing water flow with large bores.

Their large ball with a passageway can rotate to open and seal shut the flow of water. Another type of valve is the pull valve. These valves have small plungers that are pulled off of an opening in order to allow water to go into the chamber.

The nozzle is the spout in which the stream of water shoots out into the open. When the trigger valve is open, water is capable of being shot out of this nozzle. The nozzle serves as an aperture that clarifies the flow of water, making it shoot out as an aerodynamic stream. Without this, the force of water would not shoot out as far and the flow of water would be blotchier than expected.

Super Soakers are known to come in a multitude of different nozzle types. Most of them have just one nozzle, but others have two or more. The more nozzles that a Super Soaker has, the more water that gets streamed at a time. This also means that you will run out of water much faster.

Some nozzles even allow you to adjust the spray pattern via a rotary wheel, so that you can shoot water in a stream, in short bursts, or in a mist.

There are many types of Super Soakers that come in all different shapes, sizes and types. There are some that fire a basic stream of water with just a single tank. Some are smaller and don’t hold much water, but can be used in surprise water attacks.

Some Super Soakers can even spray water from 30 feet away or more. Either way, they all involve a variation of the typical Super Soaker configuration that makes them all work well.

Thank you for reading this post. What Super Soakers do you own? Got any questions or concerns? Let us know in the comments down below. We love receiving your feedback.