What is The Best Water Blaster For 2021 ? Buying Guide 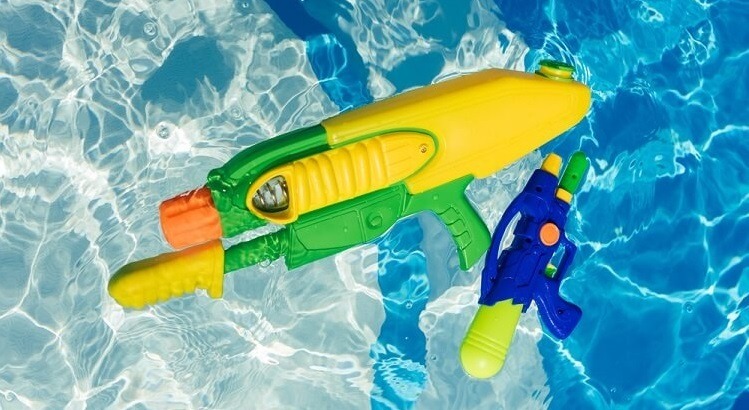 The best water blasters are small water pistols that provide tons of fun for your kids. Water blasters are small and portable, give the user lots of mobility and come in bright and appealing color schemes. Your children will all love to have their own gun to use against their friends as well as against each other.

In this article, we will be reviewing three packs of water blasters from blands like Joyin and Tuptoel. Each pack of guns has various good qualities and a few nagging and bad qualities, so we’re here to show you which pack is the best to buy. Stick around for the end to find out who makes the best packs of water guns.

Things To Consider Before Buying The Right Water Blaster

In general, water blasters are toys that are small, lightweight and portable. That means that these are the smallest known versions of the water gun that you can buy on the market today. However, they are still not all the same, and come with different aspects that make the gun overall more or less appealing. Here are all the things that you should consider when choosing a water blaster or blasters.

Not all handguns have water capacity that is great, and this can be a problem when choosing one from another. Water guns typically can store just a handful of ounces of water inside of its plastic shell, and it does not take long for the gun to empty and you have to refill it with more water.

There are guns with their own water tanks, and this allows you to store and carry more water apart from what the plastic shell itself allows. It is recommended to choose a gun with an attachable water tank.

Not all water guns are light in weight. You would like a water gun that is easy to hold with one hand, although you can use both hands if you like in order to keep your aim steady. The better the mobility you have with a water blaster, the more angles you can shoot from.

Aim to your right, left, from behind you and more. If your child can point the gun in a certain direction fast enough, it will be a very useful water gun. It is possible to hold and fire two water handguns at once, as you can fire with one hand each, opposed to a pump action water gun.

Of course, you might have more than one child in your family, and you likely do not want to spend a fortune on just one water gun. With that in mind, many companies create value packs of water guns in quantities of two, three or even more.

Each pack usually cost as much as one high-quality pump action rifle water gun. This also is great if you do not want to treat each child differently by giving one of your children a gun of smaller size or less quality, as the only different thing about these guns is color.

Water guns vary in distance, however, water pistols and blasters often have shorter distance than pump action rifles, leaving them with another disadvantage. That is not to say, however, that no such water blasters exist that do not spray water from a decent distance; such as 20 or 30 feet. Usually, the simpler the gun is designed, the farther the water will be able to shoot out. It is quite surprising to know that there are some smaller guns that go quite a long way with water.

This pack of water guns has two guns each. These are both considered large handguns with a significant around of storage for water. Both guns have yellow shells, except one gun has purple accents while the other has blue accents.

If you have one son and one daughter apiece, this is a valuable pack to buy.

Each water gun has as much as fourteen ounces of storage capacity. For a water gun in general, this is not much water that can be carried at a time, but for a handgun, it is more than enough.

The water travels up to twenty feet at a time. For a pair of handguns, this is undoubtedly a decent distance for water to shoot out of.

The overhead cap makes the gun fairly easy to refill. Simply run it under a running faucet or submerge it underwater to get more water after it goes empty.

Both of these guns are made of environmental plastic. Even though they are hard, they are very smooth and comfortable for child use. These are some safe guns are they are made for the ages of three and up.

This pack of water guns looks more like fun noodles for the pool. These gun come in a pack of six and come in many different color combinations. You pull on the back knob to shoot water out, and that is basically how it works. This pack of tube guns comes in size different colors.

These are not plastic water guns, they are made of foam. They are still lightweight, soft and float in pools and other bodies of water.

These guns are small, though they are capable of shoot water at a distance of 30 feet or so. For a gun that was made in such a simple matter, this is a pretty far distance, although not the farthest.

These guns are also easy to fill, although you cannot pour water into them like normal water guns. You need to submerge them in water and then pull back its handle to fill it up.

Once again, these are some very small water guns. We thought they were bigger going by the product pictures, but that doesn’t appear to be the case. They are only a foot long, and they appear to not hold that much water at all. We do not see why Max Liquidator could not make them bigger, to be honest.

This pack of water guns is from Joyin. You get three pump action rifles in this pack; all the same length at 11 inches long. The first gun is primarily blue, while the second and third are white and green, respectively.

These guns hold as much as 12 ounces of water, which is not a lot; about as much as a can of soda. Because these are smaller guns, however, that should come as expected.

The plastic on these water guns is very sturdy and safe to use. With that said, these guns are unlikely to leak or break that easily. You can be certain that all of them work from day 1 to whenever.

These guns spray water for as far as 25 feet in length. They do not spray the farthest distance possible, for small guns like these, they sure get there. You can spray these guns in a nice upwards arc.

Pump action rifles do not get any smaller than this. You pull the lever and water shoots out. In photos, you would expect the guns to be a little bigger, as did we. With that said, these are not ideal for larger kids.

Furthermore, while this plastic is of nice quality, there are still one or more small holes to be found somewhere on the gun. This will cause the gun to leak water, so you will run out of water sooner than later.

Best Way To Use Water Blaster

There are several types of water guns that are easy to utilize in one way or another. The versions of water blaster are as follows:

Water pistols are small, light and portable guns that can be used with one hand or two. These are very mobile guns that are easy to aim, fire and reload. Users can even carry and fire two handguns at a time. The caveat to handguns is that they do not carry a lot of water, and they do not spray water out as far.

For refilling a water blaster, there will be a cap or lid on the shell of the gun itself. You can either run this area under a sink or submerge the gun in water.

Pump action rifles are known to be larger water guns that can hold more water and squirt water much farther; up to 35 feet or more. These water guns work by pumping a lever, in which water shoots out that way. These are larger heavier guns that make a user less mobile. Furthermore, you will always need two hands in order to use the gun.

Pump action rifle water guns typically have their own water tanks for you to fill up with water. Like a water blaster, there is a lip or cap you will need to remove for the water to be filled. Some water tanks are completely detachable and some are not.

We recommend to check out our adult water guns available on the market.

Tube guns are similar to a pump action gun. These are shaped like a colorful tube or noodle, which is a very basic design. These are best used in a pool setting. These guns are known to shoot very far, if not farther than pump action rifles.

These guns also require both hands to operate, as the user needs to pump a handle so that the water is shot out. These are easy guns to refill, but usually, you cannot simply refill it by running it underneath a sink or faucet; they must be submerged for the gun to fill up. One this to consider, however, is that these guns do not hold much water.

Tube guns are unique in the sense that they are not lined with plastic, but foam, similar to the material used to make noodles and pool floats. In a way, these can be considered safer to use, because there is less of a chance to get hurt when the gun is softer than plastic. It can also be harder for people to mistake the tube gun for a real gun.

The Tuptoel Super Soaking Water Blaster Guns For Kids are what we declare to be the best water blasters in this review.

We like the look of these guns, for one, and for handguns, they carry a lot of water in their own designated water tanks. Usually, traditional water pistols carry water all throughout the shell of the gun, which normally is not sufficient enough. These handguns, however, can hold significantly more water. If you have two young kids, they certainly won’t complain about these guns, and they do look rather fun to use. This is why this pack from Tuptoel is the best pack of water blasters that you can buy.